At present, Iran has a two-round electoral system whereby the candidates compete with each other within the framework of the Act on Electoral District Boundaries. After the sixth legislative session, the Iranian parliament passed various bills in order to reform the electoral system with the focus on expanding the constituency from regions to provinces and change the election mechanism from absolute majority to relative majority or mixed (majority-proportionality) system. However, none of the proposals has received the Guardian Council's final approval. In the proposed systems, there is a posibility that a candidate not elected by people enters the parliament as their representative. The objections are mostly aimed at the absolute majority system while in this system the election results are clear and unambiguous. In the view of a constitutional judge, if the election is to be held at a provincial level, the proposed model has to provide a mechanism by which the elected candidate obtains the majority of the votes both in provincial and regional constituencies (Article 6). Moreover, attention will shift to densely populated areas by changing the electoral precincts, which will adversely affect voters' participation in sparsely populated areas (Article 3). Furthermore, provincial elections are not compatible with some of the clauses of the General Policies Of Election (Article 110, paragraph 1). Moreover, with the implantation of this plan, the costs of holding elections will increase, which is against the principle of revenues and costs balance (Article 75). According to Article 85, the elected candidates have the right to comment on trans-regional issues. Establishing a balance between regional and national interests is a prerequisite to any fundamental changes in the electoral system. 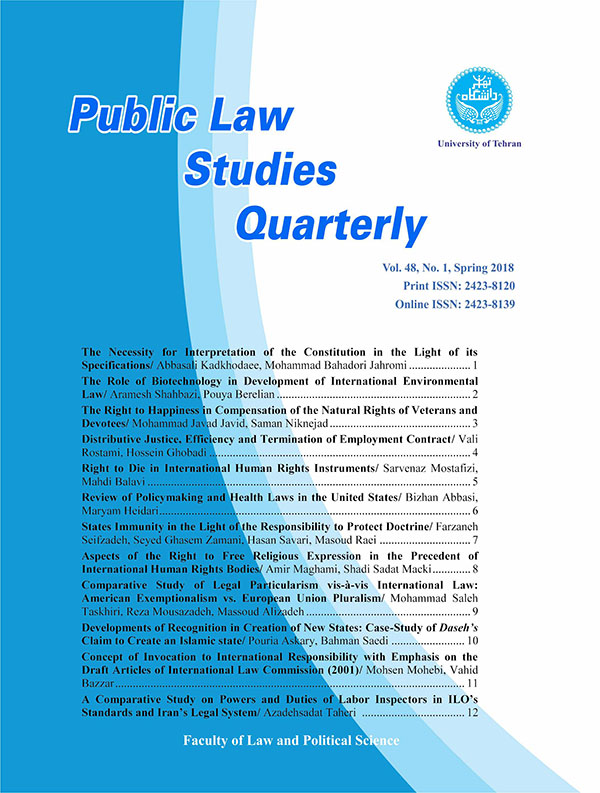